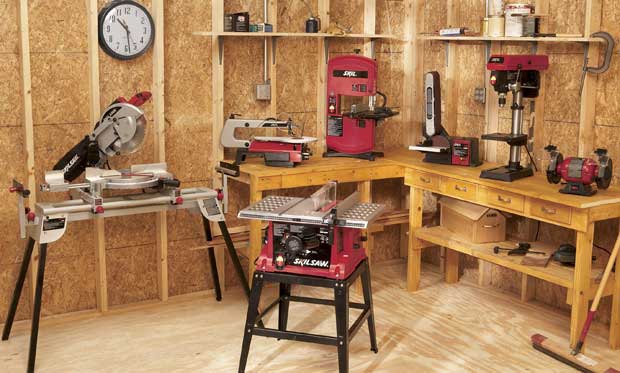 Although originally known for their handheld circular saw (as you read in this issue’s Industry Interview), some of Skil’s latest efforts have come in their benchtop line.

Back in fall 2008, they launched an entire new line of benchtop tools, including two different options in miter saws (10-inch compound or 10-inch single beam), plus a miter saw stand,; another couple of saws in the 10-inch table saw category – one with with tabletop storage; a 16-inch scroll saw, 10-inch drill press, 9-inch band saw, 6-inch bend grinder and a belt disc sander.

Both of the miter saws come with extension rails, and both table saws come with self-aligning rip fences – the model 3400-12 also has rear outfeed support and side extensions. You’ll find laser cut lines on both the band saw and the drill press.

Prices for Skil’s benchtop tools range from $49 for the belt disc sander to $149 for the Model 3400-12 table saw. You can find out more information about all the tools and their specific features at www.skil.com.