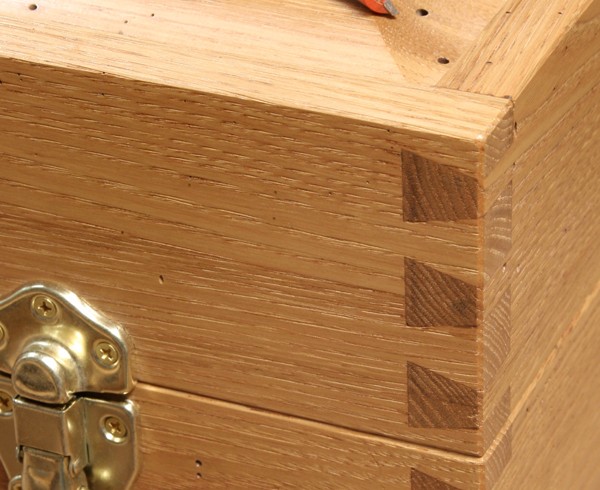 Rob Johnstone: I’m told the English dovetails are very polite but a little standoffish. French dovetails on the other hand, can be a bit rude, but are quite gracious after the wine is poured.

Michael Dresdner: French dovetails have an accent and are willing to eat snails.

No, seriously. Though it is certainly not absolute, you could make the following “rule of thumb” observations: English dovetails are the skinniest, French are sort of middle of the road, and German dovetails are the largest. In America, you’d find English type dovetails in the Northeast, and German in the mid-Atlantic states. The English tended to use mahogany and oak in the drawer sides and secondary woods. These hard woods allowed finer dovetails. The French also used oak, but the Germans used softer pine, which more or less required a larger dovetail.

Simon Watts: The French use another word for dovetail–‘queue de d’aronde’ or ‘swallowtail.’ Since the tail of a swallow is different from that of a dove?more tapering and, some would claim, elegant?it’s hardly surprising that the two joints would look different when given expression in wood.