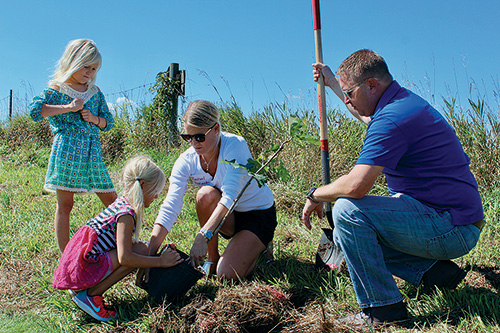 Where is the next generation of woodworkers coming from? Is woodworking as a craft going into decline?

Rob Johnstone: Our newest group of truly active woodworkers seems to be coming from the Baby Boomers as they reach some level of maturity. And while the term “mature Baby Boomer” may seem an oxymoron, it is plain to many people interested in the woodworking that Boomers are embracing the craft with a passion. And passion may be the answer to the second part of the question regarding woodworking’s decline. As with any craft, the quality of work varies with the skill of the individual. And while some folks are gifted with skills that others will never attain, quality is, and has always been, the result of skills applied with effort and diligence.

Today’s passionate woodworker can achieve a level of quality that few would have reached in years past?even with only moderate skills. Modern tools and equipment have seen to that. By the same token, a motivated modern woodworker with well-honed skills can acheive truly magnificent results. I look at the gallery pages in woodworking magazines and on the Web and see wonderfull examples of woodworking. True, some of the designs are fantastic in the strictest sense of the word, but craftsmanship still shines through. There is something so satisfying about the act of creation?whether it’s woodworking, cooking, quilting or something else altogether?that it seems unlikely these things will fade away. It is my belief that woodworking will be an important part of the fabric of our culture for a long time. People all over the world, from widely diverse cultures make beautiful and practical wooden objects to enrich their lives. Woodworking is not in decline; it is illuminating the human experience as it has always done.

Rick White: What a good question. I am worried about the future of woodworking. The school systems, for the most part, do not teach the mechanical arts as they did when I was in school. The kids are able, and even interested, in doing woodworking, but they are not getting the traditional exposure to the craft that they used to. I don’t really know how it will all play out, but I would hate to have woodworking go away as a hobby for the average person.

Decline? Hell no. There’s more interest, more books, more magazines, more equipment and some awesome work being done. It will be different, but so will the society that needs woodworkers. But that’s not the same as a decline. Have faith.