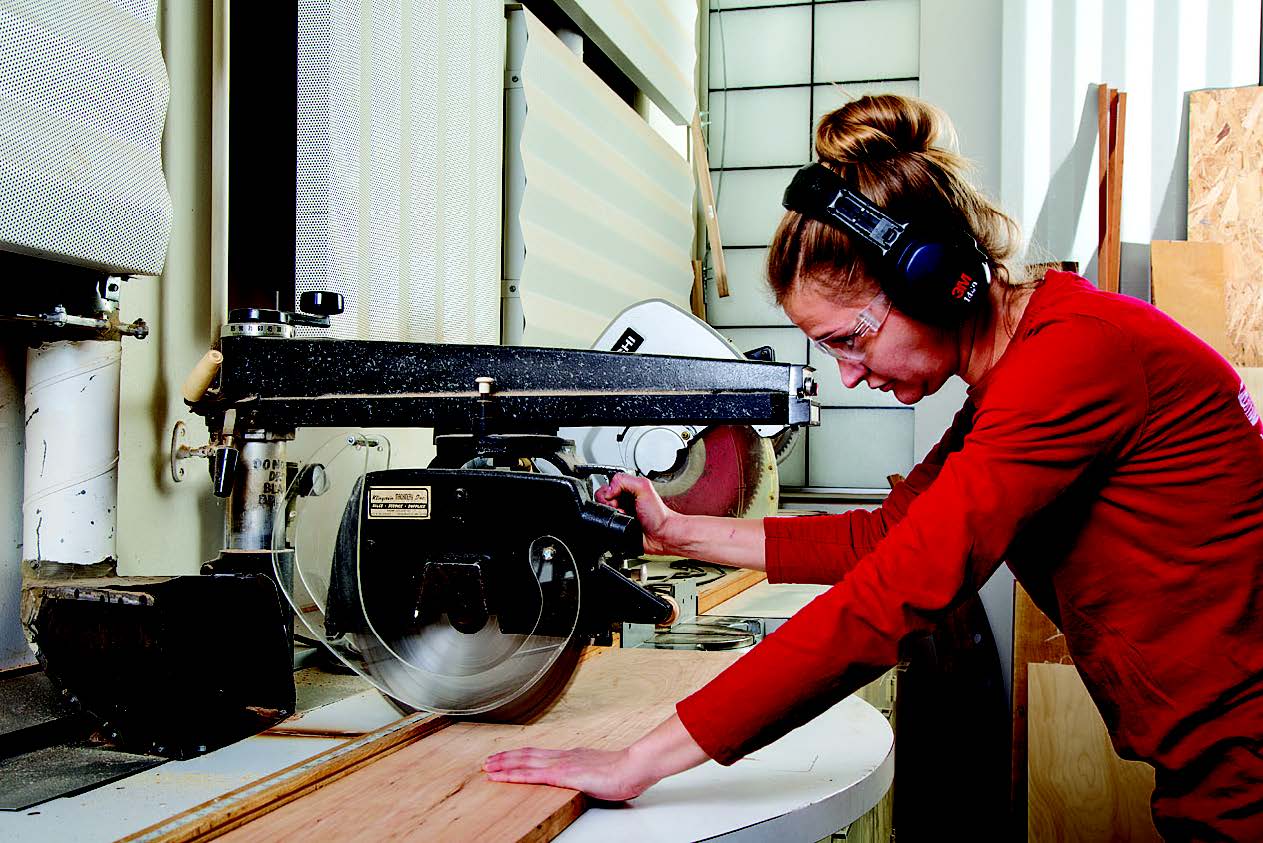 Why is there almost no mention of the use of a radial arm saw in woodworking magazines, proposed shop layouts and so forth?

Sandor Nagyszalanczy: Radial arm saws have all but gone extinct, for at least two reasons: complexity (they’re hard to adjust accurately and keep in adjustment) and (big surprise here) liability too many dodos cutting off their hands and arms. It’s really a shame in some ways, because the sliding compound miter saws that have pretty much replaced them in small shops don’t have nearly the amount of crosscutting capacity. All that said, there are still some very high quality radial arm saws that you can still purchase, if you have the dough and the space for a big, industrial strength machine, like the Delta 18 in. turret-head model.

John Swanson: The compound miter saw is more portable and does most of the same cuts as a radial arm saw.

Carol Reed: The much-maligned radial arm saw has been replaced in most shops with a sliding compound miter saw which, arguably, holds its setting more reliably. In short, it has gone out of style.

Richard Jones: The machine seems to have fallen out of favor since the advent of chop miter saws and sliding chop miter saws. Many perceive them as dangerous, which they can be if used carelessly. They can be troublesome to set up and often don’t hold their settings properly. This can be the case particularly with small, economically priced models, but I personally have used one all my woodworking life and find the machines very useful.

John Brock: Radial arm saws have fallen out of favor with most modern woodworkers. They have one inherent flaw. They cut in a “climbing” direction, meaning the blade wants to climb up and over the stock in the same direction you are moving the blade: right at you. If you pull too fast, the blade can bite and jump at you. With other circular saws, the blade and feed direction combine to hold the stock down on the working surface of the tool or against a fence. Having said that, my grandfather used his a lot and rarely needed his table saw at all. Did I mention he was missing several fingers?