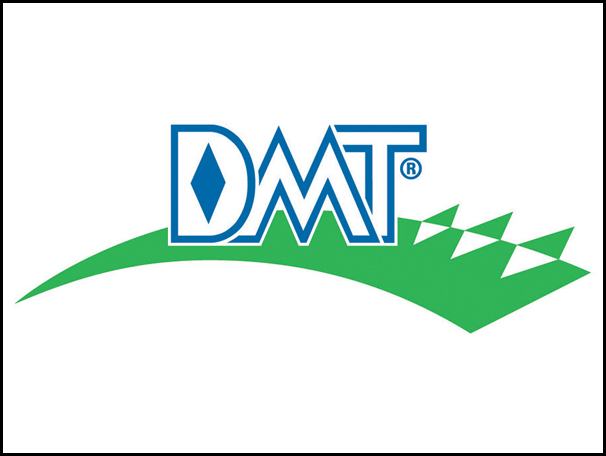 The quest for the perfectly sharpened, perfectly flat tool is a lifelong journey. Dave Powell, president of DMT Machining Technology, likens it to playing the violin. He says you’ll never be done developing your sharpening, or your fiddling, skills.

Dave has seen a surge in interest in tool sharpening since he started DMT back in 1976. The company started by producing the wrong product, he says. Its Its first product was a diamond-tipped, large diameter blade for cutting granite, but the market was already glutted with companies making these. Then, DMT started making specially designed grinding wheels. Dave used to take the centers of these wheels out of the waste bins and sharpen his pocket knife with them. That’s where he got the idea that his special sharpening material could be useful to a lot of people.

He and his team first started marketing the sharpening system at kitchen and gourmet shows. Then they tried hunting and sports shows. At one show, Dave discovered woodworkers. “I was at a gourmet trade show and was grabbed by the collar by a wonderful guy. He said, ‘thanks, you’ve saved me thousands of dollars,” says Dave.

It turned out this guy was a woodworker who used Dave’s sharpening tools in his shop. He made salad bowls and had a customized cutter, which cost $1,800, that he used to cut out the bowls. To stay in production, he had to have two of these cutters because one was always out being sharpened. He figured out he could take DMT’s sharpening stones and, in an hour, be up and running again. So he only needed to work with one cutter.

This got the company thinking about the woodworking community, and pretty soon, Dave started going to their shows. This turned out to be the right move, because woodworkers were getting more interested in sharpening their tools about that time. Dave says the surge in interest in fine woodworking has led to interest in hand tools and, consequently, in sharp hand tools. “There’s a realization that the joy of woodworking comes more from the quiet dust-free shop where hand tools are most frequently used,” he says.

And woodworkers are still slowly discovering sharpening, especially sharpening carbide tools with the kind of diamond stones and compounds DMT produces. Stan Watson, technical director for DMT, says, “We find that woodworkers have a frugal nature and they pay good money for a tool. They are willing to spend time, rather than money, in maintaining it.” In the case of carbide router bits, says Dave, this kind of sharpening with diamond can extend the life of a bit by a factor of ten. The one exception, he says, is dovetail bits. The hard core dovetailers, it seems, feel that sharpening the bit compromises the fidelity of the profile and they can’t afford the discrepancies.

Dave and other members of the company give a lot of seminars and classes about sharpening because they are on a quest, a quest for perfect flatness. Dave says, “Flatness is sort of the holy grail,” because you can only approach flatness, you can never get there. He knows a lot about flatness and the different abrasives that will get you close.

If you strike up a conversation with Dave about sharpening, you better be serious about it. He talks in terms of microns, light waves, and theories about lapping. For example, he is currently investigating the differences in lapping with a diamond compound on a porous surface (like wood, cast iron or leather) versus glass. On porous surfaces, the diamond bits lodge in the pores and sharpen the work piece as the blade drags across it. If you lap on glass, however, the diamond bits roll along between the glass and the blade being sharpened. In the former case, the bits abrade with more velocity, but in the latter case, they act like small milling pieces, rotating and sharpening the piece that way.

See, there’s more to sharpening than you think.

Right now there’s a lot of interest in polishing with diamond compounds, says Dave, especially after the recent article by Ian Kirby (Woodworker’s Journal, April 2001). So he and his crew are teaching the fundamentals of polishing as well as sharpening. Two points are important when polishing. First, you only need to polish a small part of the blade, from the edge and back 1/32″. Second, you can polish too much, actually rounding the bevel if you keep lapping long enough, even if you’re doing it correctly.

So what’s in the future of sharpening? Dave says that diamond compounds are hot right now with woodworkers. Stan says, “The woodworking market is waking up, sensing something that they feel is new to them.” There is also a need, for more guided sharpening gizmos to help people improve their technique. In the meantime, Dave and the folks at DMT will keep working on new ways to help you keep your tools sharp.