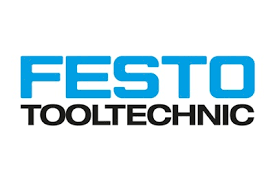 Falling in love with a tool, as we all know, can be sudden and life-changing. When Michael McGibbon got his first glimpse of a Festo saw, he should have been more careful. He was living in Europe and sharing shop space with other cabinetmakers at the time. Michael remembers the day well: “I was in a cloud of sawdust, milling up a bunch of Obeche or some exotic African wood, and I walked over to this guy and looked at the saw he was using. He said ‘Hey man, this is very real. Try it.’ Five minutes later, after seeing what it could do, I headed out into the rain, money in my hand, to buy one.”

That was about 15 years ago and he still has the saw. In the meantime, Michael has become the CEO of Toolguide, a division of Tooltechnic, and the only importer of Festo tools in the U.S. But that’s not how he planned it. “I wasn’t trained in a business school. I’m just a good ol’ boy craftsman that has eaten a lot of sawdust,” he says.

But his quest for the best tools he could find set him on the trail of more Festo tools. At the time he was working in both Europe and the U.S. and had shops in both continents. He got tired of carrying his favorite saw back and forth, “so I started looking for Festo here, or something comparable, thinking that the U.S. is the land of innovation and all that good stuff. I found out that we were quite a ways behind,” says Michael. He couldn’t find anything comparable in the U.S. in terms of accuracy, quality or tool features. So he contacted Festo and had “a heated conversation” about why it wasn’t exporting its tools to the U.S. market. The company executive finally told him to write up a proposal for bringing Festo to the U.S. So he did.

Before Michael McGibbon became CEO of a tool importing company, he was just a regular guy. Actually he was a regular guy who happened to be a very talented cabinet maker and renovator. One job he did particularly caught our eye.

The job involved renovating the helicopter for the Sultan of Brunei. As he puts it, he was on a team that had to turn a Bell 214 jet helicopter into a Heli-Limo. The 14-18 hour days were tough, but he completely tricked out the interior in curly maple, installed a roll-top desk and built a screen that separated the pilots from the passengers. He also had to soundproof the passenger area so a whispered conversation could be maintained. We still haven’t decided whether this was a dream job or a logistical nightmare. It’s certainly something to tell the kids about.

Tools that Talk to Each Other

The thing about Festo that caused the “love at first sight” reaction in Michael was the quality of the tools. Quality can be a pretty ephemeral concept, but Michael tries to describe it as “the quality of the cut and the quickness of the setup and just the simple feel in the hand. You know when you have quality in your hand. You really do.” In addition to those “qualities,” says Michael, there is the balance of the tool, the minimal vibration, the noise (or lack thereof) and, in the case of Festo tools, the built-in dust extraction. “It’s very difficult for me to wear safety glasses and a mask, so like most of us, I became an animal and just ate the dust,” he admits. The Festo tools he acquired minimized the amount of unwanted fiber he got in his diet.

The other thing that struck Michael was the systematic nature of Festo tools. Their entire line of cutting tool works with the same guide system an extremely accurate fence and jig combination. Each tool also comes with its own modular carrying case. “It’s a family of tools, they seem to talk to one another, they’re systematic and they’re very integrated,” he says. In his early days with Festo, Michael would pick up a tool and notice a gizmo on it. Like most of us, he wouldn’t bother to figure out what it does right away, but later, when he needed to accomplish a special task, he’d discover that said gizmo was designed specifically for the task at hand.

As a professional woodworker, the two things that sold Michael on Festo tools were their portability combined with their precision. “They are portable tools, but they have the precision of bench tools,” explains Michael. In fact, he often goes months without using any of his bench tools because the power hand tools he’s fallen in love with are so accurate. In part, that’s because the universal guide/fence system is so finely tuned and partly because the tools work so well ith the guide.

So Michael is not only an advocate for his favorite tools, he’s also calling for woodworkers to rethink their “bench tools are the only accurate tools” mentality. He once decided to run a little competition between his portable Festo saw and a $30,000 Altendorf table saw, an extremely accurate German table saw that took up about 400 square feet of shop space. He and his competitor were each cutting cheap melamine. Michael lined up the cut and made it while the other guy was still setting up his saw. When he finally finished his cut, they put both pieces under magnification: Michael’s piece was straighter and cleaner.

Clearly, Michael’s message to the woodworking world is that we should free ourselves from our bench tools and begin to realize the potential of some really high-quality, precision power hand tools. You can really do a job with them.